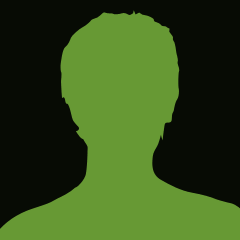 MullanweddingNov1914.jpg
My name is Bill Mullan and I am from Kilkenny and I currently live in Dublin.
My grandfather ,Frank Mullan , came from Drumgavanney Upper and he relocated in 1914 to Kilkenny when he a married my grandmother. She had inherited the family farm as a result off the death of her only brother in a horse riding accident.The families were acquainted through farming and cattle dealing business so when the subject of a husband arose my grandfather was both suitable and  available ,having recently returned from the USA .
I don't believe that I have any close relatives in the Drumsurn area as all of my grandfathers brothers emigrated to the USA, and he was the only one to return .He  had two sisters who moved to Newry to work in their uncle Peter's business, Peter had moved from Drumgavanney many years earlier .They both perished in the 1918 Spanish influenza pandemic.
I attach a wedding photo of my grandparents from 1914. Apart from the bride & groom, the only person I recognise is my grandaunt (second from right )The two ladies seated on the left are possibly sisters of the groom referred to above and their uncle Peter is possibly on the extreme left. If anyone can identify anybody else from old photos it would be appreciated.
I first visited Dungiven in 1978- on a hurling trip- this was followed up by a return visit in 1981.I had always intended to return to Drumsurn to check out my ancestry and finally did so in 2010 .I had met Liam Hinphey several times down through the years(usually in Croke Park) and when I dropped anchor in Dungiven in November 2010  he introduced me to Paraic Rafferty who was extremely helpful and  provided me with a lot of useful information .I  also met Paddy Mullan(no relation) who recalled  my grandfather's occasional visits in the 1950's
My grandfather retained the farm in Drumgavenny Upper  until the 1950's when he finally sold  it.The current owner is John Taggart. Eugene McCloskey sent me a copy of 'Gelvin The Home Place' and it was great to see an extract from the  Griffith Valuation of 1858 on page 181 which includes 'our' holding.
Paraic's research has provided me with some names and other details which I intend to follow up on. My next move is to visit the old graveyard in Drumsurn and do some checking on old headstones.
Bill Mullan

Thanks Bill for this lovely story.